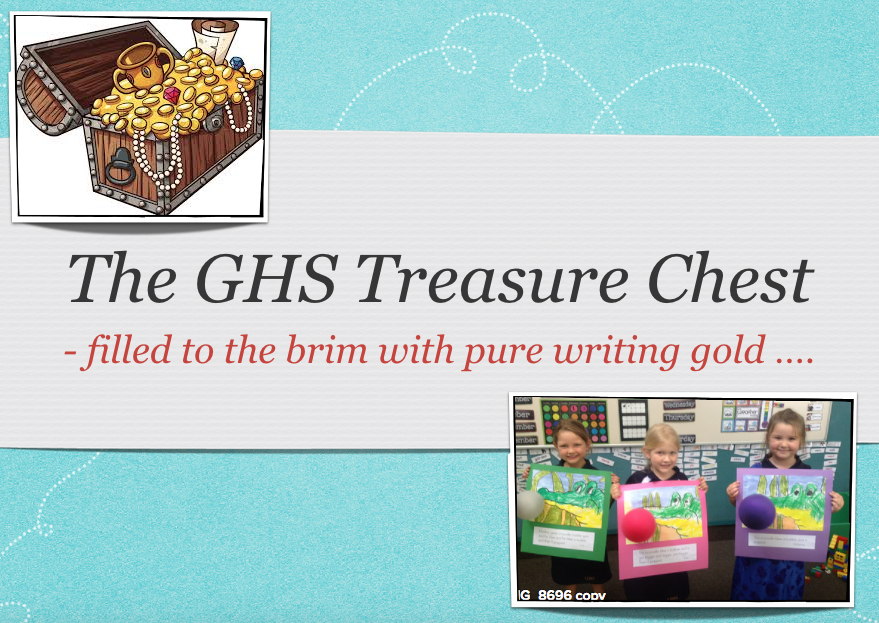 Camp Bentzon
Ninety nine children, 120 people from Gulf Harbour School including adults and teachers went to Camp Bentzon. Camp Bentzon is a camp on Kawau Island out from Sandspit. It’s about a 25-30 minute boat ride.

Abseiling is not sailing it is walking down a wall attached to a rope. Redwood Track did archery which is using a bow to shoot arrows and trying to get bullseyes. Lots of people were really scared of it but they still faced their fears and did it.

Archery is using a bow to shoot arrows at a target. If you got an arrow in the middle it’s called a bullseye. Lots of kids got bullseyes.

Gulf Harbour School had to do a lot of walks at camp. On the first day of camp Gulf Harbour School did a long walk. They walked across the whole island which took three and half hours! When GHS had finished the walk they were at a beautiful white sandy beach.

Raft building is where you have some equipment and you have to build a raft. A raft is a small boat. It’s made out of barrels, rope and branches from trees. Redwood tracks raft broke. The barrels popped out, then it sank.

In the Survival activity Redwood Track learnt how to survive if you were injured in the bush or other places. Redwood Track also learnt what you should take if you’re going on a walk in the bush depending on what the weather was.

Orienteering is finding letters with compasses and clues. When you find the letter someone writes it down and at the end you try to guess what the letters spell.

In Team Building, you had to build a bridge out of lego, straws, paper and tape. The tricky part is you are split into two teams and there is a table in the way so you can’t see what the other team is doing.

Lots of people loved camp. Some people thought it was the best week ever. But some people didn’t really like camp. 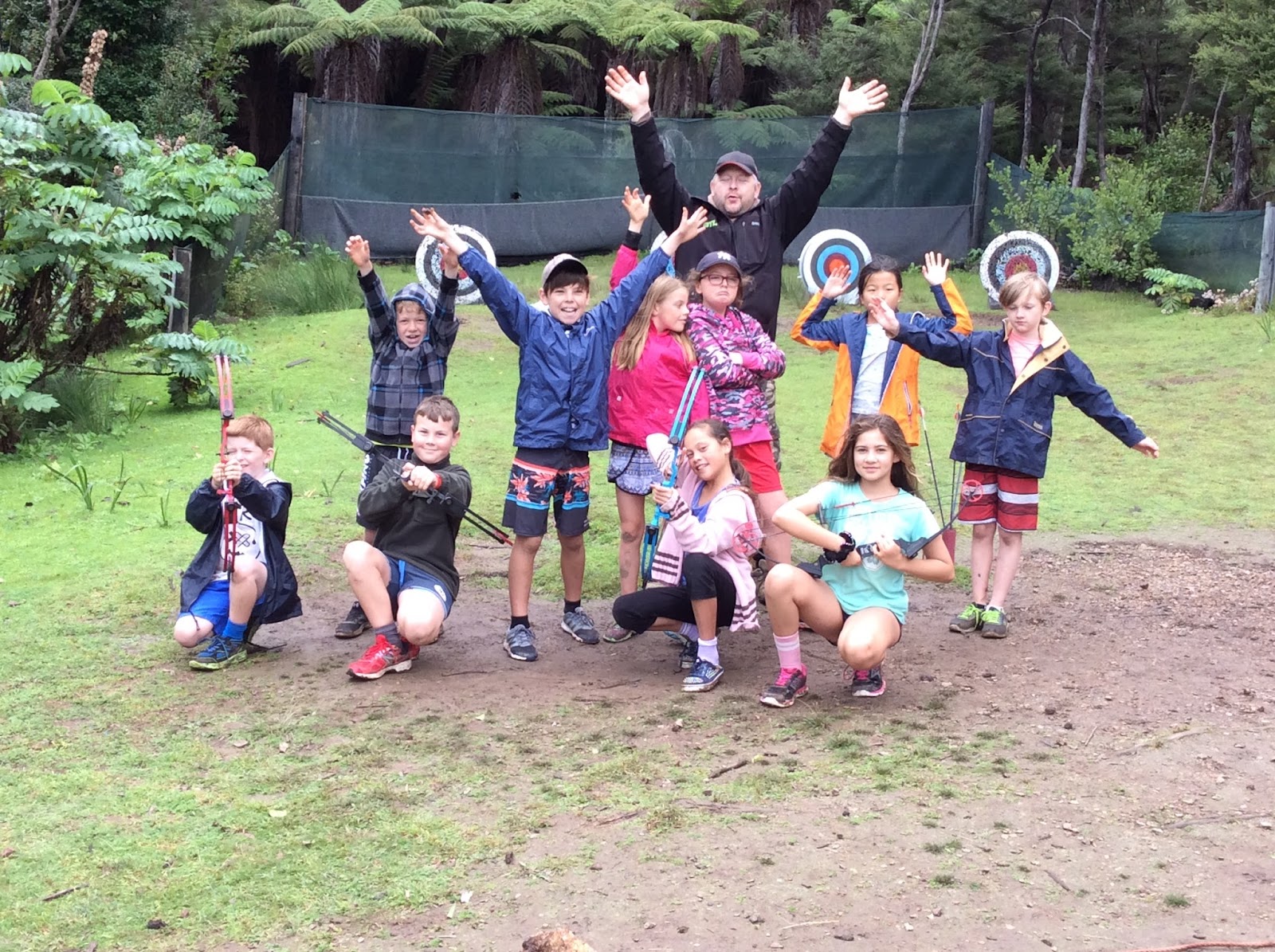 Camp Bentzon Report
On the 15th of May the Gulf Harbour School Year Five and Sixes travelled to Camp Bentzon, Kawau Island, Auckland, New Zealand. They say it was almost impossible to bring 99 children with only 21 parents and teachers, altogether 120 people. How did they do it?

It took a one hour journey to get from Gulf Harbour to Sandspit and then a 30 minute trip on the ferry. It took them eight minutes and 4 seconds to deliver all of the heavy, heavy gear last year but this year they broke the school record and delivered it in 7 minutes and 50 seconds.

One of the school’s teachers, Rachel Lamason did some team building with the Year Fives. The task was to build a bridge out of lego, straws and tape. The team was split into two teams.

The man who ran the abseiling reports, “Well, first of all abseiling is not sailing.” “The children faced their fears of falling and I’m just really proud of them.” Well that is just amazing to hear.

Gulf Harbour School thoroughly recommends Camp Bentzon. With all of those amazing activities they say that it’s a must do for all schools. 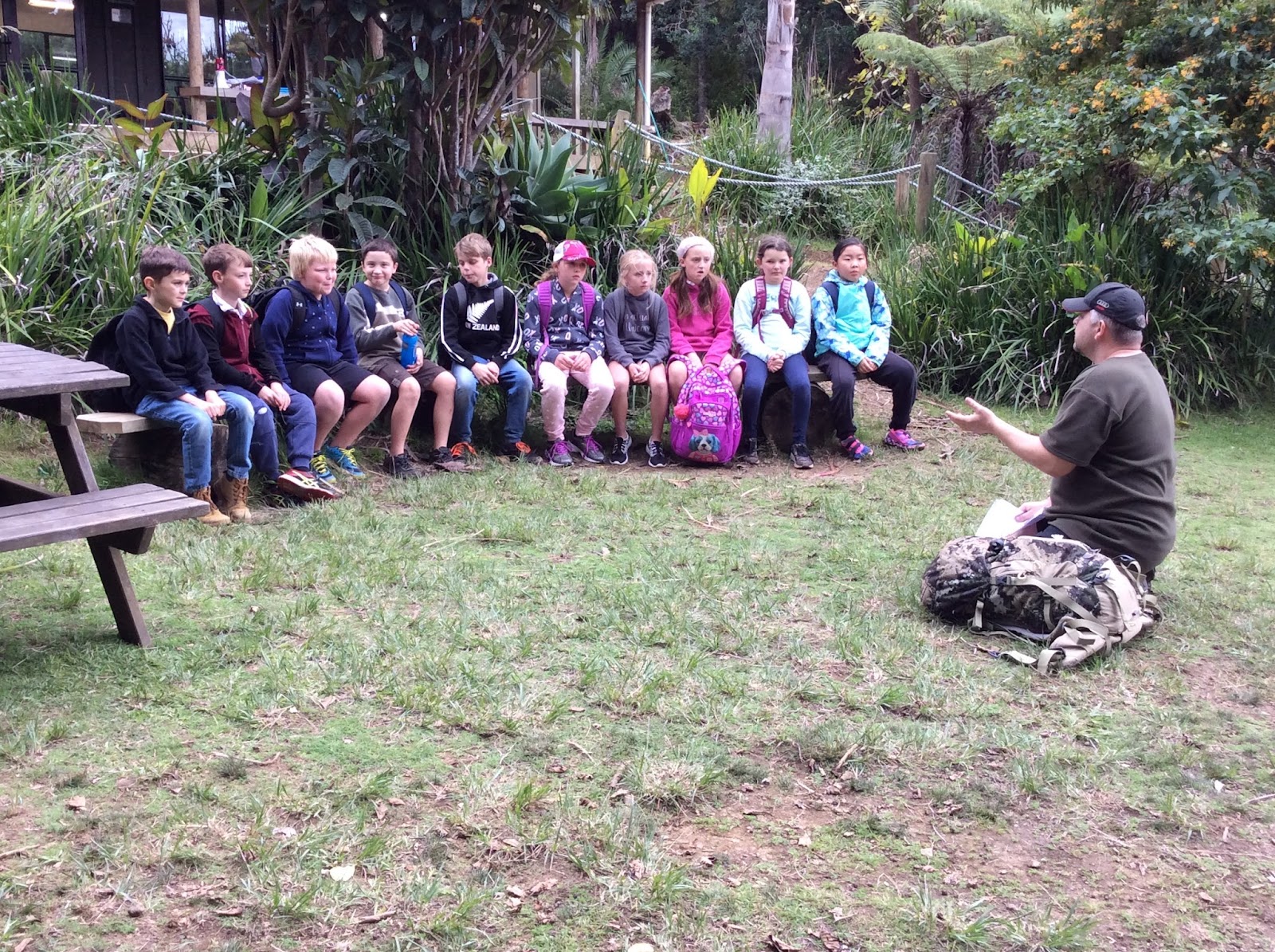 Camp Bentzon is a wonderful place on Kawau Island.

Monday 15th of May, 2017. This was a journey of a lifetime for these Year Five and Sixes from Gulf Harbour School. Adventuring from home to Camp Bentzon for a week without seeing parents.

Everyone screamed in excitement as the boat stopped. They had to beat the clock only having about seven minutes, if wanting to beat the record and they did! With having more luggage and more students.

After bringing all the luggage up to the rooms. And also finding out who is in the cabins. Everyone went for a long steep walk. It was very muddy from all the rain, but it wasn’t enough to stop these Year Five and Six students. But after all those hills they made it to their destination, but it was down a cliff. They all made it down on to the beach. The trickiest part was getting back up. No one fell in the end and everyone made it back to camp alive.

Throughout the week they went for another hike, did activities like archery, rafting, sailing, kayaking and abseiling. They all made it through and thought it was fun. Making it back to school, alive and healthy. 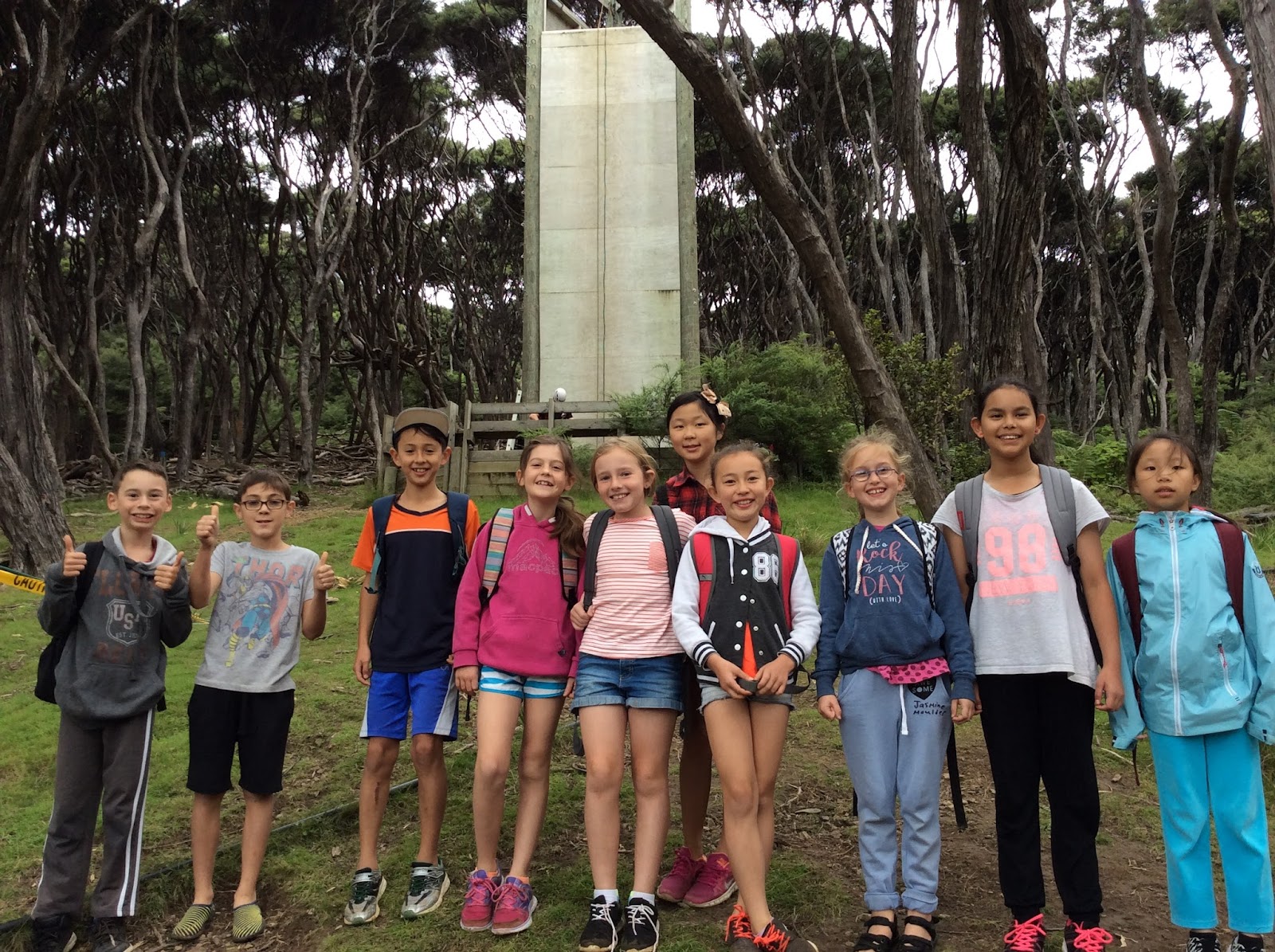 Gulf Harbour School attended Camp Bentzon, Kawau Island, 15th of May to 19th of May. They departed the boat that leaves to camp for Year Fives and Sixes. There were ninetynine kids and one hundred and twenty people. Camp Bentzon was donated by Mr Bentzon in 1906. It took the children twenty minutes from Sandspit to arrive at Camp Bentzon.

Abseiling is not sailing, it’s rock climbing. Miners Track climbed up up and up and came gliding down.

Rafting is when you make your own boat with huge sticks and barrels. Well Momona Track’s floate. It was insane. It was probably scary for them, the water was rough but finally their boat fell apart. Everyone found that funny.

Now as a team, everyone chose a tagger. They held hands and wandered off into the woods. The parents then had to scare them. It’s called a Burma Trail.

The next day, they did a photo hunt with one of the teachers, Mrs Lamason. They got a note that all the things they needed for this she gave them an Ipad.

One hundred and twenty people from Gulf Harbour school went to Camp Bentzon on Kawau Island. It was very cold, between 4 and 6 degrees and very rainy.

The group Miners Track built a raft from sticks, rope and barrels but the knots were poorly tied. Spectator Robert Milne described the kids falling apart. They had gone thirteen metres before the barrels floated away. Two made it to the pontoon. But the race was restricted in chasing the barrels. 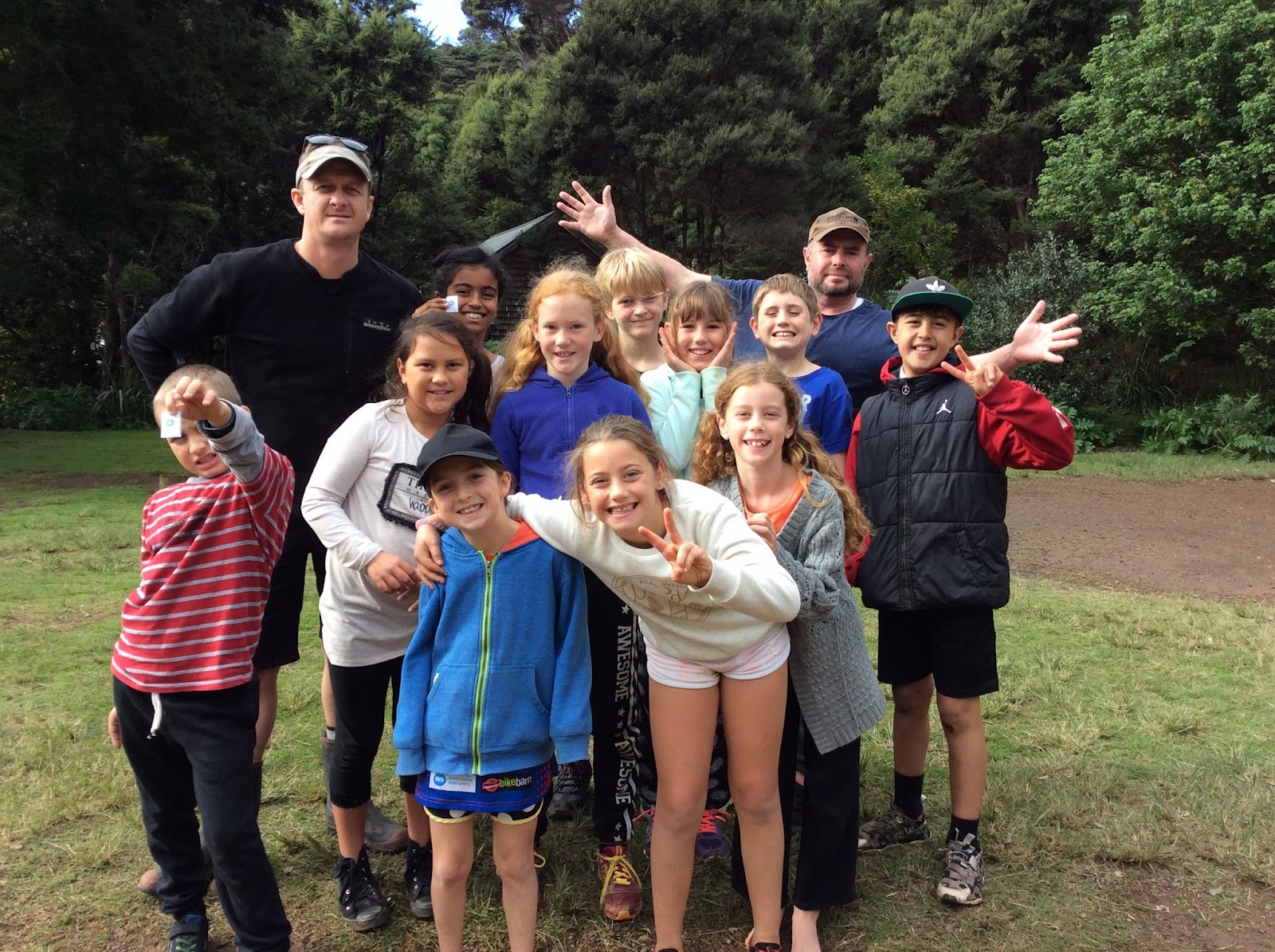 Gulf Harbour Year Five and Six people went to Camp Bentzon when the children got there the first thing the children need to know is how to get to their cabins.

When it was time to go to bed there was a group that was dehydrated it was very sad for them.

A group of Year Fives did the raft building. They made a raft from scratch and it worked.

There was a group named Coppermine. There was someone named Riley Furmage and he was very funny. If you are wondering why he came to Kawau Camp, he did it. Kawau Island is very fun, it is 30 minutes from Sandspit.